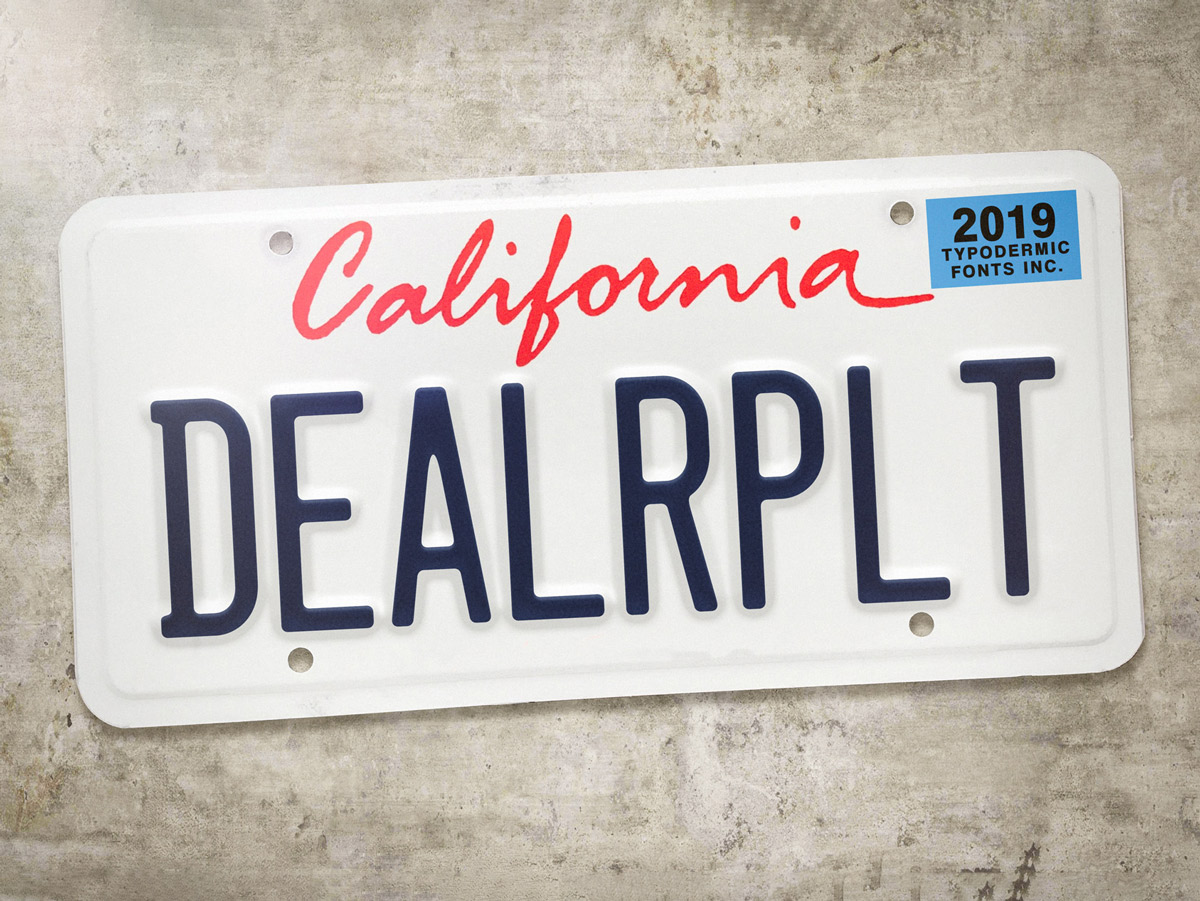 Dealerplate is a set of 17 fonts based on the embossed USA and Canada license plates. I didn’t do a complete set but I selected the most populous states and provinces.  However, some states like New York have switched to flat printed plates. In these cases, I used the final embossed style. For Canada I just did Ontario and Quebec. For the USA, I started with the most populous, California and quit after Wisconsin. I skipped a few: Texas, Georgia, Arizona, Tennessee and Indiana. Over a decade ago, Texas and Indiana switched to non-embossed plates with a monospaced variant of Univers Ultra-Condensed. Georgia switched to non-embossed plates a few years ago but the previous embossed plates had a relatively short run. You can get a similar look to the old Georgia plates in a pinch by mixing California and Pennsylvania. Arizona also switched to non-embossed plates quite a while ago. Dealerplate fonts are semi-monospaced. Most characters are the same width with a few half-width characters like comma, period, space, hyphen etc. Kerning has been included as well. If you want truer, license plate-like spacing, I recommend disabling kerning. Almost all current Latin based languages are supported, including Vietnamese, Cyrillic languages and Greek. The commercial use desktop license for Dealerplate California is free. Find out more about Dealerplate.