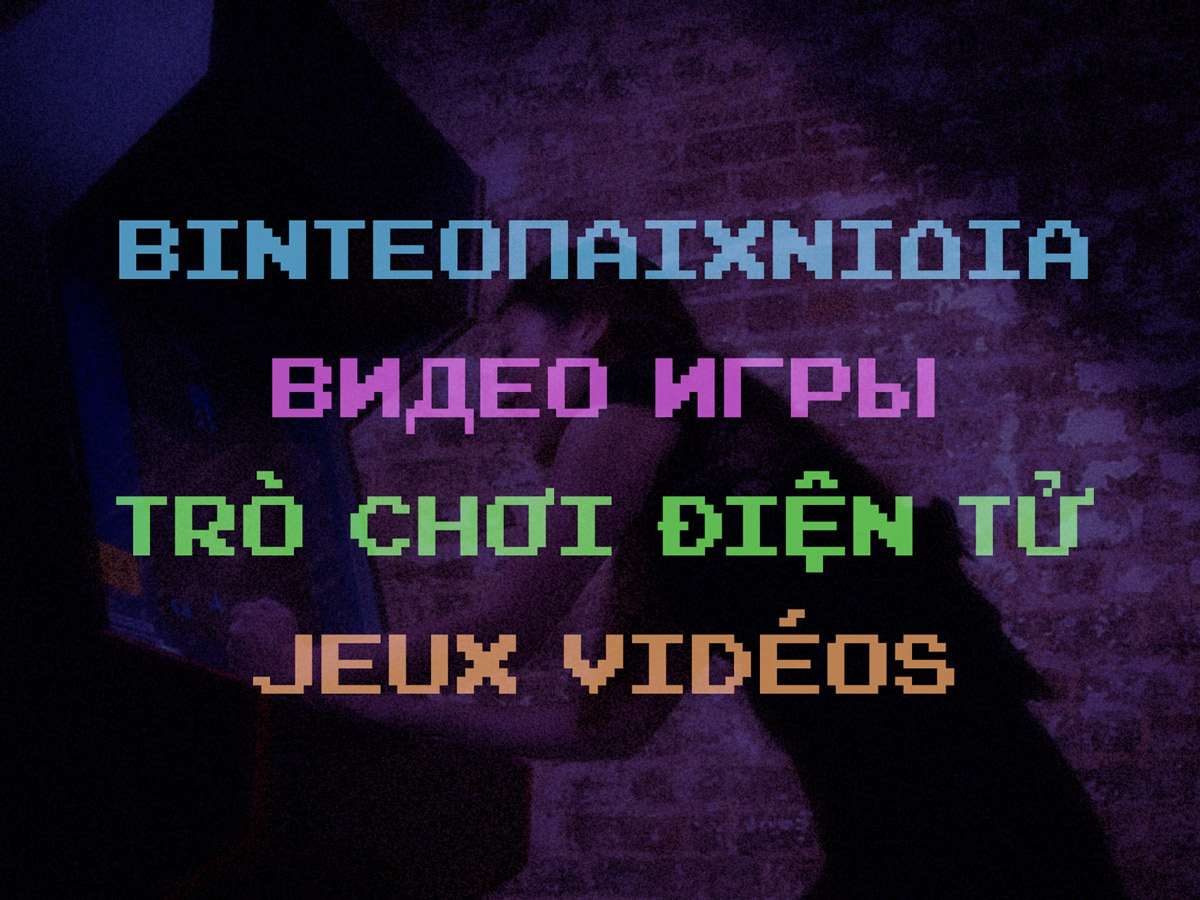 It all started in 1976 when the Atari video arcade game Sprint 2 was developed an released. Sprint II was an overhead racing game with two steering wheels and a black and white screen and was immensely popular. There was something really appealing about the physical aspect of spinning full sized steering wheels. I used to love this game and always preferred it over the sequels. Sprint II could still be found in video arcades in the mid 1980’s despite the dated monochrome graphics. Atari’s Lyle Rains created Sprint II’s 8×8 pixel monospaced font which would end up becoming somewhat of a standard video game font. Somehow that font made it’s way to Japanese arcade games, sometimes with variations but often and exact copy. There are only so many things you can do with 64 pixels but the shape of the R, S and 8 are very distinctive. How did this font end up in non-Atari games? I can’t find any evidence that it was ever formally purchased. I think in the 1970’s, game companies were pretty easygoing when it came to copying. Consider that Taito created Space Invaders in 1978 which was a huge hit in arcades. Soon after, Sega, Ryoto Electric, Tekunon Kougyou, Universal, Irem, Kasco, Leijac and Nintendo all made almost exact clones of the game. Some of these even used the Sprint II font. Over the years, there were attempts to shoehorn a lowercase set into this font but there wasn’t enough vertical space to allow for a satisfying lowercase.

Typodermic (formerly Larabie Fonts) released Joystix in October 1997. It’s an approximation of that famous arcade font style. It’s not exactly pixel perfect: the squares are drawn in a way prevents vector intersections. This can help prevent issues with vinyl sign cutters, laser plotters or adding a stroke effect in something like Adobe Illustrator. When researching characters beyond the basic A-Z/0-9, I used an arcade game emulator to view character sets from various classic, Namco, Nintendo and Atari games. In November 2018, I expanded the characters set to include almost all Latin based languages as well and Greek and Cyrillic. The latest monetary symbols are included as well musical notes, card suits, stars and gender symbols.

Classic arcade fonts were usually monospaced and so is Joystix. In 2005, I released a proportionally spaced version. It’s almost the same as the monospaced version but certain problematic characters have tighter spacing such as period, comma and single quotes. There’s kerning for character pairs with distracting gaps such as LT. I kept the kerning to a minimum to maintain and authentic arcade feel. Kerning was done in full pixel increments so it should still look more or less on grid. If you want a more authentic look, go with the Monospaced version. If you want something that’s easier to work with, go for proportional. The commercial use desktop license for the monospaced version is free. More information about Joystix is here.