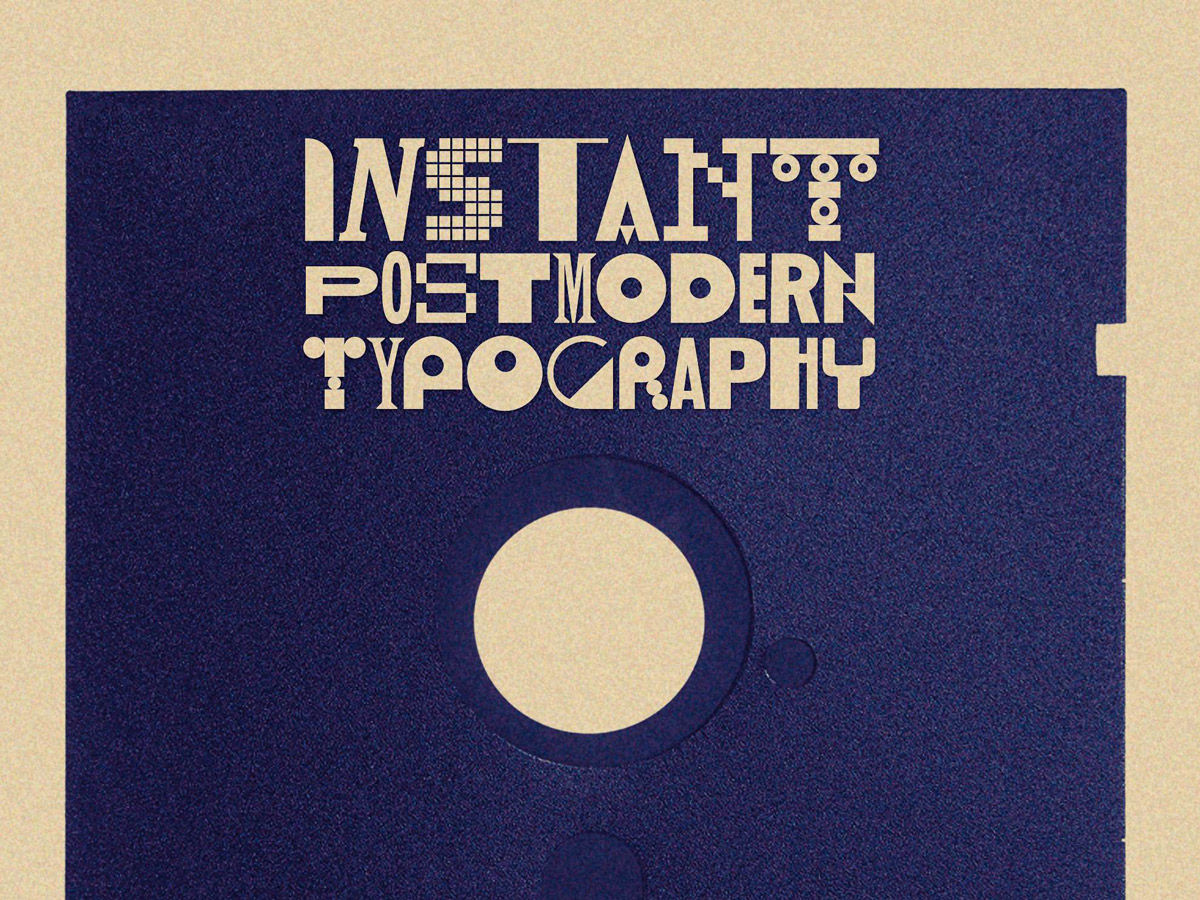 Cybermontage is an idea I’ve had several years ago where I would try to to recreate a popular typographical trend from the mid 80’s to the early 90’s. Designers would take various typefaces and scramble them up. While the punk/zine look (think Sex Pistols) was deliberately haphazard like a ransom note, this trend favored a clean look with well thought out combination of styles which played with contrasts. The ultimate goal was the not be boring. Common ingredients in this postmodern trend were geometric art deco and well known older types. I started by hand tracing scans of metal type samples of Franklin Gothic, Venus and a common 19th century compressed narrow Latin serif. After that I raided the Typodermic catalog for a few art deco characters—the rest I simply made up. I took some inspiration from post modern posters and album covers from the mid 1980’s. I ended up with 15 variations of the alphabet and numerals. There are 2 variations of each accented letter and some punctuation such as the exclamation point a question mark has 3 variations. I programmed an OpenType feature which automatically shuffles the variations. The variations are encoded in a way that will let you manually choose individual glyphs if that’s what you prefer. More about Cybermontage and how to get it.