Bodoni Z37 is a Didone typeface that I created in early 2020. Didone generally refers to “typefaces that look like Bodoni” but I won’t get deep into history here. Essentially, in the late eighteenth century, there was a Bodoni typeface, then lots of similar ones were made. In the early twentieth Century there was an explosion of variations produced. I was always fascinated by the extreme Bodoni variations: the very fat, high contrast faces—the ultra squeezed and barely readable. If you’ve been following my work, you’ll know that I’ve been obsessed with flat sided condensed fonts lately. I decided to try my hand at a Didone intended for use in the mid twenty-first century. The mantra was: rational & high fashion deco. Of course, Vogue magazine came to mind and its fabulous masthead with razor sharp lines. I wasn’t just going to make the compressed styles flat sided; I wanted flat sides in the wider styles too. Real flat sides, not super-elliptical (squircular). Melior, West Europa Didot and others had already explored the super-elliptical angle and it has a bit of a 1960’s sheen that I wanted to avoid. 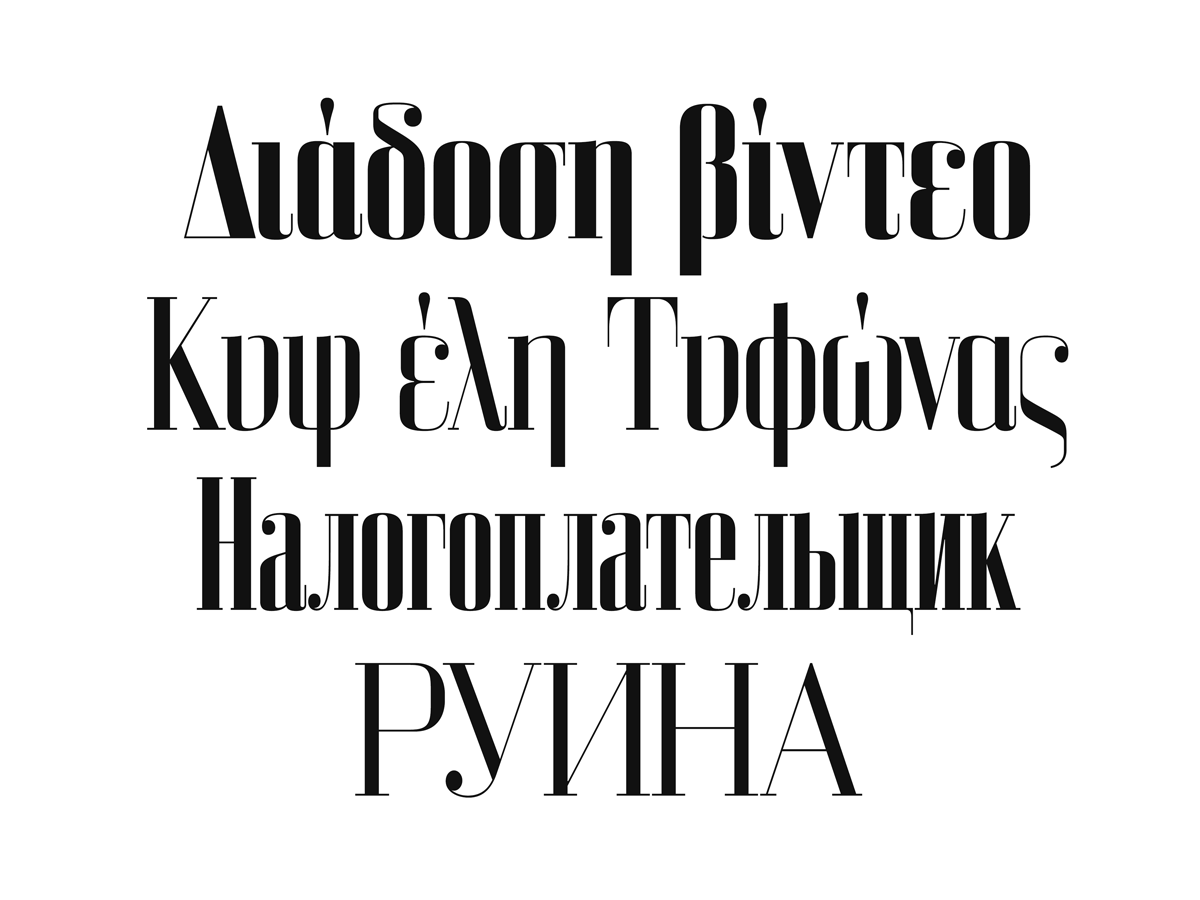 I started by designing the wide, fat style first which ended up at Bodoni Z37 L Extended Heavy. I gave the R a luxuriating stroke and put a Chanel-style point on the N. It wasn’t my intention to create optical variations. But when I saw those thin lines with the high contrast and thought about Vogue I thought it would be a shame to thicken them up. But a typeface with very thin lines is a pain for designers to deal with. I had already planned 4 wights, 4 widths and italics. Adding the optical weights put the total number of fonts to 96. Yikes. But it was the only way to do it without giving up on those sweet thin lines. The optical sizes feature less contrast and looser spacing.

For the Cyrillic set, I tried to avoid going too heavy on traditional forms because I think they kind of clash with the rational approach. Didones have varying levels of curly swagger so I figured I’d lean into the technical look by avoiding stuff like wavy arms on K and Ж. Similar deal with the Greek. I wanted more of what some would calle Latinized and others would call progressive Greek alphabet design. As for italics, it was time to curl it up. I loosened up the spacing, especially on the narrower widths to give it some contrast. The italics are where Bodoinio Z37 loosens its necktie. The Cyrillic inherits some traditional italic forms as well. Notice that there are no descenders on the lowercase f? That’s because lowercase italic f descenders are stupid. Yeah, I know I did some in the past but they look derpy.

I tend not to add a lot of ligatures and variants these days. I know they’re supposed to be good marketing hooks but philosophically I’m not cool with it anymore especially the superfluous ligatures I made in the past. But this typeface absolutely requires f ligatures…there was no way around it with that overhanging ball terminal on the f. The italics don’t have f ligatures because of the loose spacing…I tried it and it looked dumb. There are OpenType fractions, numeric ordinals. I skimped on the mathematical symbols but the important stuff is there. It’s got primes though…critical for US package designs and a litre symbol for countries like Japan that still use it. All the latest real currency symbols (sorry crypto bros) and old-style (lowercase) numerals.

Feel free to try the free demo version. You can get the demos of the entire set which you can install and play around with. Learn more about Bodoni Z37 here. 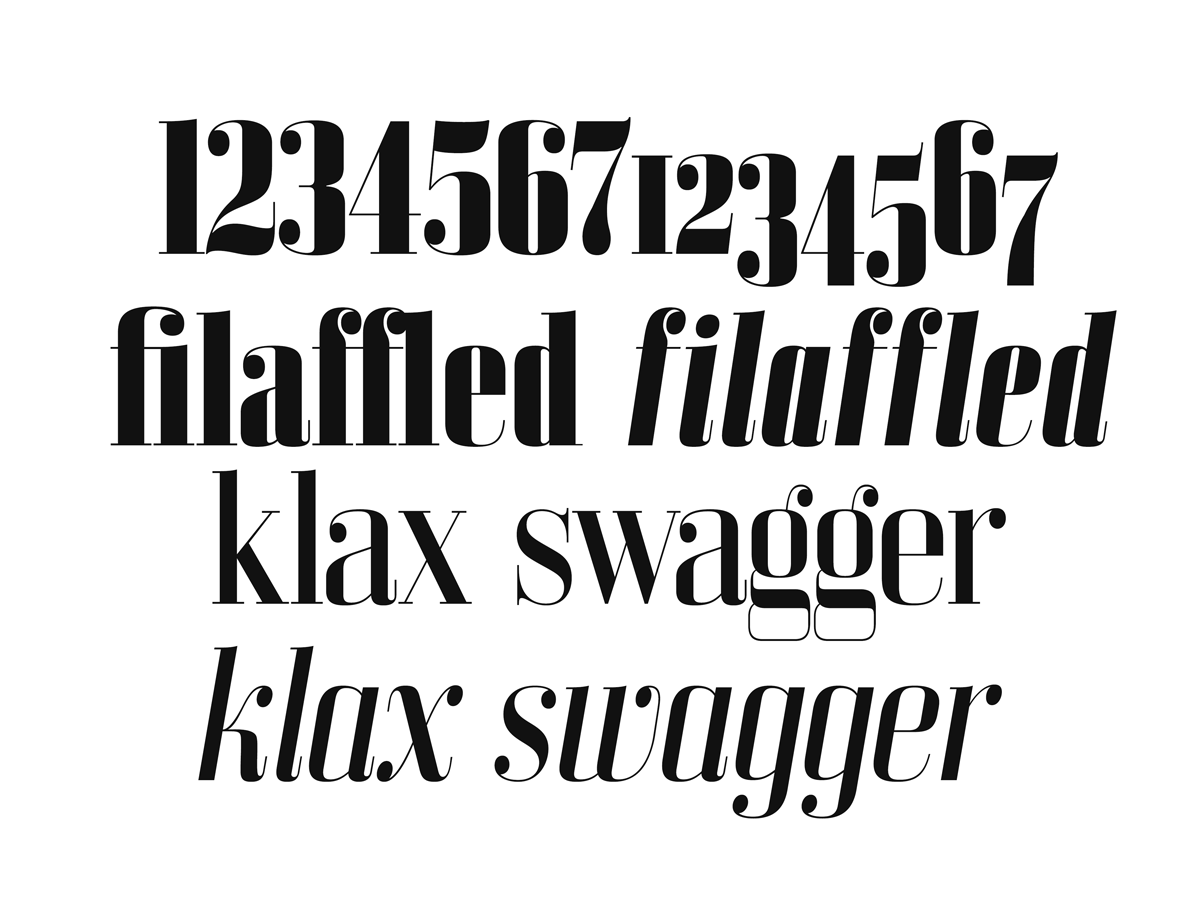