Good Timing is a sequel to the 1998 ultramodern typeface, Good Times. Good Times was techno-style inspired by the lettering used on Pontiac vehicles around 1990. When I created Good Times, it wasn’t designed with lowercase in mind although I’ve received several requests to add one. Some all-caps typefaces are designed in a way that a lowercase can be tacked on later but that wasn’t the case with Good Times. The main changes you’ll notice with the capitals is flattening and broadening of the round knuckle shapes on letters like A, and N. Maintaining those shapes on the lowercase v and w in the heaviest weights would have been a disaster. It’s possible to pull off round knuckles in a narrow font but it can be severely limiting in wider fonts. These changes also made it easier to make the heaviest weight, even heavier.

When I say Good Times didn’t suit lowercase that doesn’t mean I never attempted it. I created one in the early 2000s as a test. I didn’t keep a copy of it but I do remember not liking the hard shoulder on the b,d,p and q. Picture a lowercase b that’s made from a shrunken D with an ascender added and a stencil gap. It looked awkward and cheap like late 1990’s freeware techno but in a bad way. This time, for those lowercase letters, I used a combination of a flats and rounds that curve gently into the stencil gap. That gives the lowercase a 1970’s flow in the tradition of Pump and Blippo which in-turn harmonizes with the funk of the capitals. And, like all my fonts I’ve created or revised in the last few years, Greek, Cyrillic and almost all current Latin based languages supported. For OpenType features, we have fractions and ordinal numerals as well as some stylistic alternates. There’s a classic overlapping V style W, a lowercase m that looks like an inverted w and a few other variants. There’s a wide 1 which is that same width as the other numerals. If you turn off kerning and swap the 1 for the wide version, you’ve got tabular numerals which should be especially useful for anyone using Good Timing in games.

The commercial use desktop license for Good Timing is free and you can get free demo versions of the other styles: find out more. 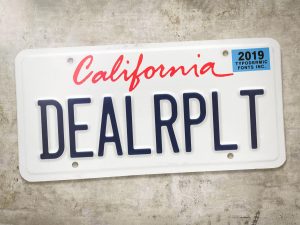