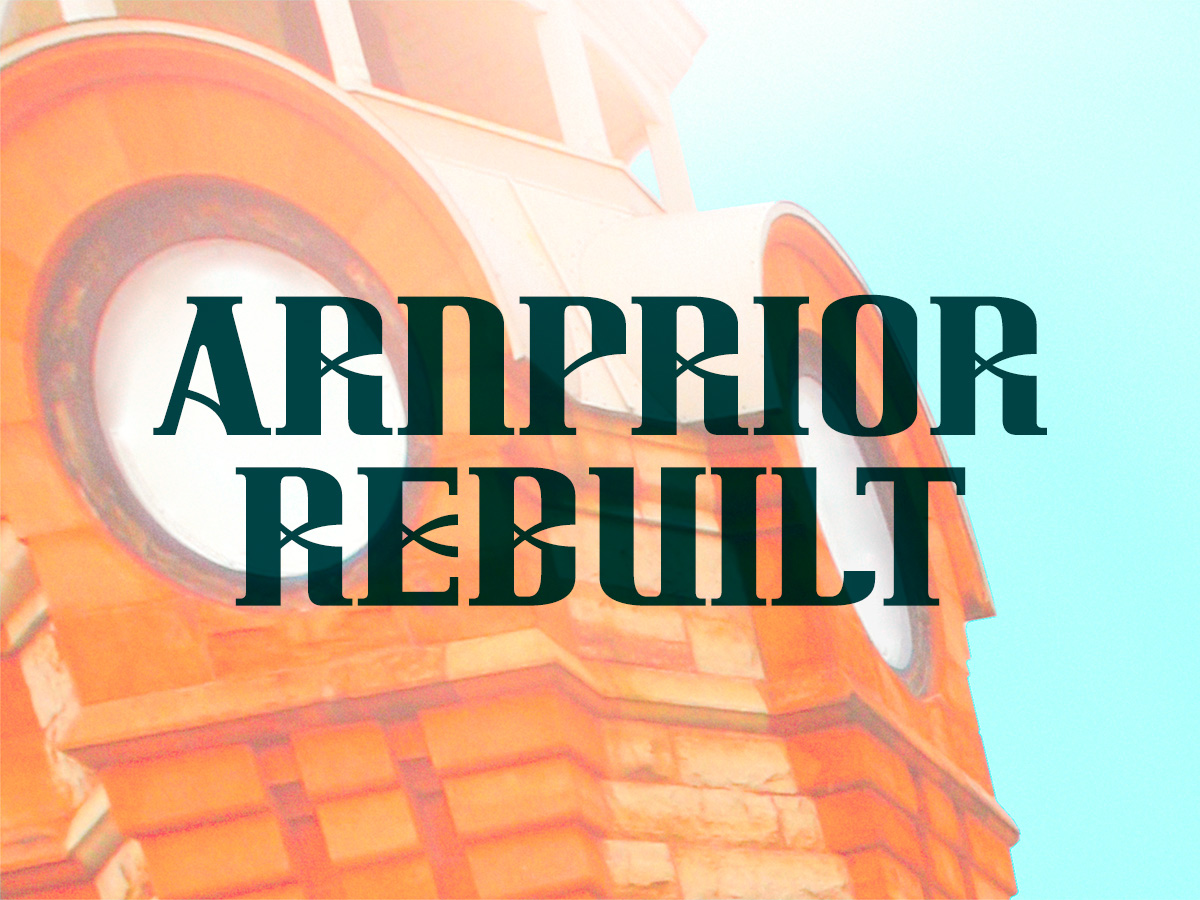 At the end of 1997, I made a strange display typeface named after my hometown of Arnprior, Ontario. It was postmodern and modular; clearly a product of the 1990’s. It’s never been very popular, perhaps because it was strange but more likely because of some flaws that made it hard to work with. The main hook of Arnprior is the crisscrossed waves in middle. In the original version I over did it and pushed legibility a bit too far. This new version is easier to deal with and maintains the same level of weirdness as the original. I got rid of the pointless 8 degree slant of the original—if you want that look again, you can skew it. Arnprior comes with a free commercial use license so go grab it. If you do something interesting with it, let me know.